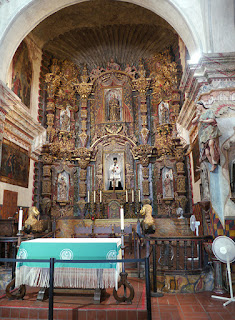 While staying with family in Tucson, Arizona last week I had the opportunity to visit the historic Mission San Xavier del bac.  Shown are a few of the snapshots I took while there.  I want to emphasize that these are most definitely not professional photos.  (I was shooting on the mirrorless Panasonic Lumix GH2 which does not render acceptable images at high ISO's.)  Nevertheless, I found the unique Southwest sculpture so unusual that I decided to share the images anyway. 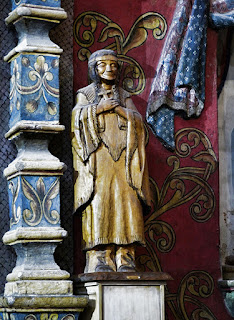 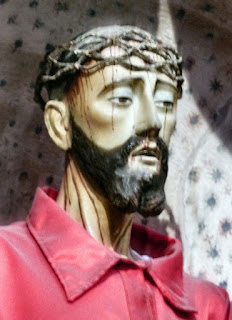 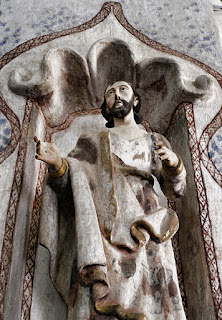 One of the guides inside the church identified the flower growing outside as "the bird of paradise."  I do not know if this is its official name but it certainly is descriptive. 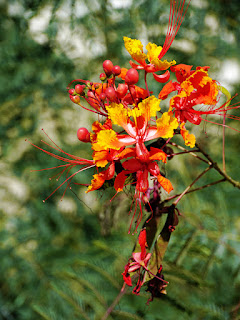 Posted by Frank McAdam at 1:06 PM No comments:

Email ThisBlogThis!Share to TwitterShare to FacebookShare to Pinterest
Labels: Photographs

US Copyright eCO Submission System Down

EDIT (9/6/15): The eCO system was finally restored this morning and is now available for use.  Hopefully, this will end the matter and there will be no further interruptions of service.

Before recently publishing my novel The Dark Veil online, I first attempted to submit it to the US Copyright Office for registration.  When I attempted to sign on, though, I found that the electronic system used for such submissions was down.  Today, I returned to the site and discovered that the agency had issued an updated announcement that read as follows:

"Due to system outages at the data center maintained by the Library of Congress, the U.S. Copyright Office's eCO registration system is offline. The Library of Congress informs us that it is working to resolve the problems as expeditiously as possible, but we do not have an estimated time for service resumption.

It should be noted that the paper submission process mentioned above does not really present a viable alternative for most creative artists seeking copyright protection.  Not only are such submissions more cumbersome (only imagine printing out a full length novel, packaging it and then determining the correct postage), they are also processed much more slowly and are far more expensive ($85 rather than $35 or $55).  These are obviously only to be used as a matter of last recourse.

As for the cause of the problem, the agency issued the following explanation:

It's astonishing that in the twenty-first century any site - government or private - should be out of service for so long a time, let alone one so widely used by the public.  How is it even possible that there can be no estimated date for service resumption?  One would imagine the US government would have access to the most advanced technology available.
Posted by Frank McAdam at 9:05 AM No comments: 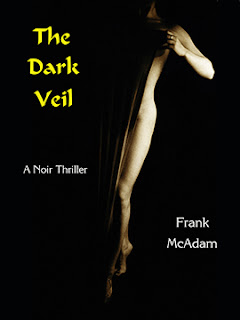 Three years ago, I decided to devote myself fully to writing fiction.  That had always been my great ambition ever since my college days as an English lit major.  Accordingly, I put aside my work as a photographer and concentrated on producing a first-rate book, one I could be proud of having written.  It was quality that was my primary concern, not income.

My first idea was to write a noir murder mystery in which the victim was a photographer.  The fact that I was a black & white film photographer myself made the noir genre an obvious choice.  And I did actually write the story.  Unfortunately, as is the case with many first novels, the book I produced was awkward.  In particular, I found that I had recounted in it too many details of my own experiences and as a result had inserted myself too obviously into the story.  In the same way, in attempting to create other characters, I had based them too closely on friends and acquaintances from real life.  Beyond that, though, the real problem was that I had failed to sufficiently appreciate that noir is, by definition, dark and violent.  The original draft went too far in that direction.

Earlier this summer, having in the interim written and published two novels, I went back to my first attempt and completely rewrote it.  The first thing I did was to devise a new cast of characters, all of whom were now entirely fictional.  More importantly, I toned down down the mayhem and the darkest aspects of the story.  Although there are still depictions of graphic violence - this is, after all, a noir novel - there remains nothing in it that's unduly disturbing.  Finally, this book is much more readable than its predecessor.  I learned a lot about the art of writing from my two published novels and have put this knowledge to as good use here as I was able.  The result is the current novel, The Dark Veil.

Click to Order from Barnes & Noble
Posted by Frank McAdam at 10:27 AM No comments: